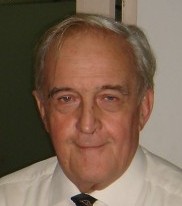 David Weatherall MD, FRCP, FRS (b. 1933) qualified in medicine at Liverpool University in 1956 and following periods in Liverpool, Baltimore and Oxford became Emeritus Regius Professor of Medicine, University of Oxford in September 2000 upon retirement. His major research contributions have been in the elucidation of the clinical and molecular basis and population genetics of the thalassemias and the application of this information for the control and prevention of these diseases in the developing countries. In 1989 he founded the Institute of Molecular Medicine in Oxford, which now bears his name. He has received a number of national and international awards and is a Fellow of the Royal Society and an overseas member of the National Academy of Sciences, USA.